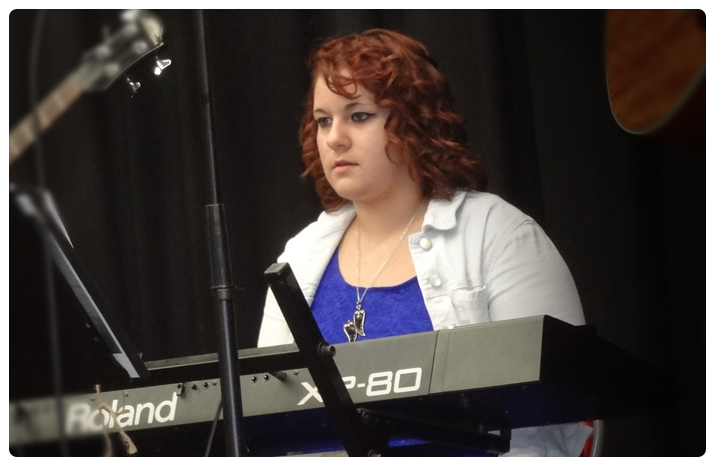 A Chance for Healing

Vanessa was ready for a new start. At the age of 15, she had already experienced countless wounds through sexual and emotional abuse. She had learned to stuff her emotions instead of talking. She was hurting. She needed a way out.

That’s when she heard about Cookson Hills. She was interested right away because she thought it was her best chance to receive healing and a good education. As an added benefit, she loved the thought of working with horses, playing basketball, and participating in drumline. Before long, she was packing her bags and moving across the country from Oregon to Oklahoma.

When Vanessa first arrived at Cookson Hills, she recognized that the classroom would be a struggle. Through the turmoil of her abusive past, she had fallen behind in many areas. But she decided to face the challenge and see what she could accomplish. She found out that Cookson Hills offers certain weeks called Special Session weeks where she could take an accelerated course over a two-week span in order to recover some of her lost credits. It was a lot of work to be sure, but throughout it all, she saw the bigger picture: a chance for a better future.

The classroom is just a small part of Vanessa’s larger story. She knew upon arrival that healing from abuse is a long journey. But through the help of her counselor and houseparents, she has made a lot of progress. One of her biggest challenges has been working through the question of her faith. As a young child, she attended church and even got baptized. But then her faith was put to the test through her many life experiences. Upon arriving at Cookson Hills, she took time to really evaluate her faith and relationship with God. She eventually made the decision to trust God completely…even through the difficult times. She publicly announced her decision by getting re-baptized in front of her friends and family.

Vanessa has bright hopes for the future. During her senior year, she plans to take some college credits and eventually go on to complete her Bachelor’s in Music Performance and her Doctorate in Domestic Violence Law. She wants to make a difference in the lives of kids who experience similar trauma. She wants to be an advocate for the oppressed.