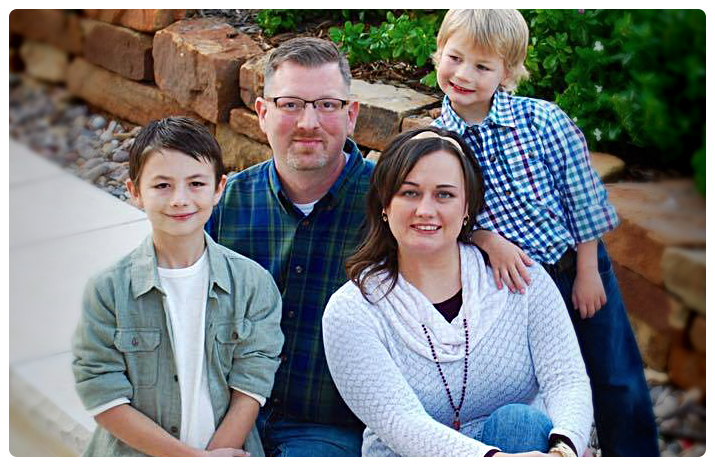 I thought I would be dead before I turned 18. I had attempted suicide, was dealing with past issues, and couldn’t see a future. That was before I arrived at Cookson Hills in 2000. I was 16 years old, depressed, and had a lot of family issues. Also, a PTSD type disorder had resurfaced bringing with it insomnia and anger. At Cookson Hills, I talked to my houseparents and other people who had been through the same things as me. That’s when I finally started to see a path forward.

It was hard living there at first. It was a big adjustment being away from family and friends and not having the opportunity to talk to them. My first impressions of Cookson Hills were that the people were nice, but it was going to be really strict with a lot of rules. (And it was!) We had to get up early and do several chores, but looking back now I can see that made me a better person and a hard worker. So while there was a lot of structure, there were also many good times.

I lived in a house with all girls, and we liked to get funny outfits at the clothing store to use for fashion shows. Wilderness Camp was always amazing too. It was great to get away from home, chores, and the things that you worry about every day and focus on your relationship with God. That meant a lot to me.

I also loved family dinners. We had big round tables with lazy susans in the middle. Even though 14 people were at the table, you could see everybody and talk to everybody. It just felt like home.

A lot of people invested in my life at Cookson Hills. Grandma Gerdts taught me piano. Starting lessons with a 16-year-old was probably not her idea of fun, but she was always so patient and amazing. My houseparents made a huge impact on me. Really, everyone made an impact on me, even in the small things. I felt like I was a part of a bigger family.

In my time at Cookson Hills, I saw what a good marriage is supposed to look like and how a husband and wife are supposed to treat each other. I learned what it means to be part of a working family. I learned what it looks like not to just go to church on Sunday but to have Christ at the center of your life through daily devotions and prayer.

I definitely learned a lot more about discipline. I learned that instead of being mad and yelling, you can be more creative with discipline. I also learned about responsibility through all of those chores that I hated at the time, but now I understand. I am passing on all of these things to my kids. They have chores and responsibilities to do because they are part of a family. They know what it’s like to be part of a working family where you have jobs to do and everyone takes part.

By the time I left Cookson Hills, I was definitely more at peace with what had gone on in my life. The past and everything I went through did not define me. I’m a child of God. That defines me.

If I had to give my 16-year-old self some advice, I’d say, “Just don’t give up. Hold on to what you can. It will get better and it will get worse, but it will get better…that’s just what life is. Don’t give up.” I think the staff at Cookson Hills is awesome for still being there, still caring about kids, and carrying on. Cookson Hills changed my life for the better. Those people showed me that I could have a future.

ABOUT THE AUTHOR — Amanda, an 11th Grade English Language Arts teacher at Bartlesville High School, is from Bartlesville, Oklahoma. She, her husband of fourteen years, Kyle, and their two sons, Treyton and Austin, enjoy camping, hiking, and kayaking.