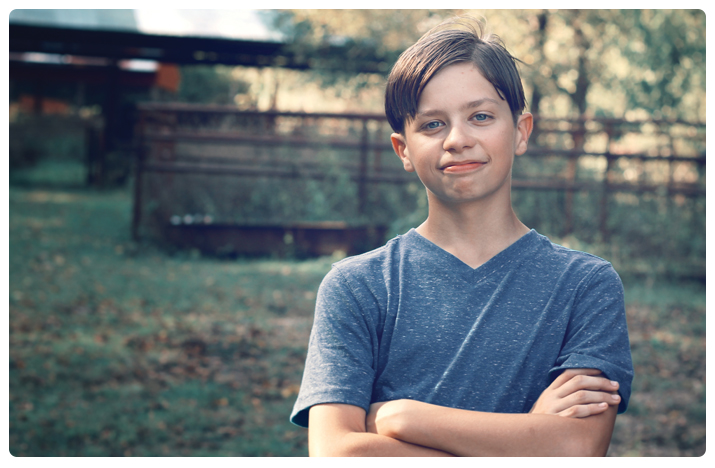 I was born in Tulsa, Oklahoma and up until I was 3, I lived with my mom and maybe my stepdad- I don’t really remember. It was scary where I lived. Sometimes I would use the phone to call my Papa and Mema (great grandpa and grandma); they would pick me up for the night. Eventually, my mom couldn’t take care of me. My extended family realized someone needed to take me in so my great-grandparents took me under their wing.

My great-grandparents enrolled me in preschool and then kindergarten, they took me to church on Sundays; overall they were very good, loving and generous parents. But after my first day of kindergarten, as we were getting ready to go out to eat at my favorite restaurant, Delta Café, Mema suddenly told me, “Go get Papa, quick.”

She told Papa she needed medical help. Papa drove REALLY fast, and I was scared, not realizing what was happening. Papa told me to run into Urgent Care and tell them my grandma was having a heart attack. I ran, scared out of my mind, and told them what was happening. The lady at the front desk quickly called 911. I was so scared; I put my face in a chair and cried for an hour straight. People tried to comfort me, but I was so confused and worried for her. Sadly, I soon found out she was dead. Papa and I took it pretty bad. From then on, it was just the two of us- a 5-year-old and an 82-year-old.

I didn’t get depressed, but I was really sad and I missed her all the time- (and I still do)! Papa and I started eating out more often, stopped going to church, and threw away our old lifestyle; Mema was the one who really held us all together. I still did well in school, but as I got older I became even less healthy and almost NEVER ate fruits or vegetables. I lived on corn dogs, spaghetti O’s, fast food, and 3-6 cans of soda a day.  Basically, I was living a very unhealthy life, physically and spiritually.

Eventually, Papa got so old that the family decided he shouldn’t drive anymore. Also, around this time, Lisa (my grandma on my mom’s side), lost her job and came to live with us. She was fine for a while, but then she started drinking – A LOT. She drank little bottles of Vodka, but in a big quantity. Papa and I had to call 911 multiple times because she got so sick. Eventually, Papa told her she couldn’t live with us, and told her to pack her stuff and leave. She left her two dogs with us and went to live in a hotel. Four days later, we got a visit from a strange, bald man in a suit, and he told us, “Lisa Gayle died last night from alcohol poisoning.”

It was another sad time, but this time I smothered my sadness with another activity – playing video games.

I quickly became addicted to video games and my phone, spending all my time on them. During my 6th grade year, I missed around fifty days of school by manipulating Papa and staying home to play video games.  I only had 2 friends at school, so I wanted to stay home! Eventually, my extended family decided enough was enough. My cousin, Bryan, had heard about a place, called Cookson Hills. We decided to tour and found it was pretty good. Everyone, except for Papa, wanted me to go. I thought they just wanted to get rid of me and they didn’t actually love me. Back then, I hated them for sending me away. Now, I see it differently. I can see  the “greater good.”

I have been at Cookson Hills for a year and a half and I’ve changed a lot. I have started to eat WAY healthier than I used to; I actually eat vegetables! I’ve become much more social, partly because of the lack of my video games and phone to keep me company, but also because having friends feels good, especially ones I can trust and ones who care for me. In counseling, I’ve been learning to share and understand my feelings. To top it all off, I was saved by God at Winter Jam, 2016. Now I can see my life has been good and God has been good to me here at Cookson Hills. I know He has a plan for me, and I know He has a plan for you too.

ABOUT THE AUTHOR — Cameron, Class of 2021, is from Tulsa, OK and enjoys reading fiction novels, being outside with friends, and playing four square.