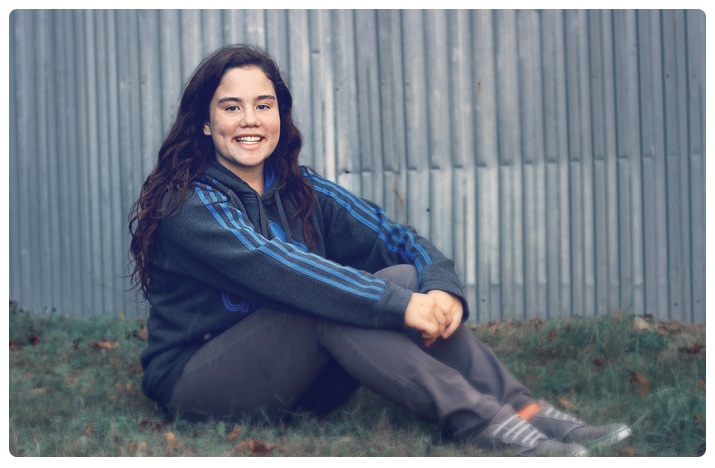 I always knew my parents had problems. It was obvious; there wasn’t a conversation that didn’t end in an argument. Some days, my dad would give up and leave. Others, my mom would take us somewhere else for a while. Moving was almost a tradition in our house; we didn’t stay in the same house for more than six months. Halfway through my third-grade year was the biggest move for us; one that none of us would ever forget, no matter how much we wanted to. My dad had an affair, and my mom was done. She loaded a trailer and we moved from Arkansas to Wisconsin. I was only eight at the time, the youngest of four kids.  Most of the family thought I didn’t understand what was going on. While I didn’t fully understand, I had been expecting this day my whole life.

My siblings and I were enrolled in school as soon as possible. Quickly after, my siblings began their downward spiral. There was still constant fighting in the house, but this time it wasn’t my mom and dad, it was the kids. We used to be close and protective of each other, but now little things would set us off. We weren’t afraid to leave marks and give bruises.

It didn’t take long for everyone to disappear from my life.  First, my mom was gone a lot, not telling us where she was going. We would later find out she was spending her time with our soon-to-be new ‘dad.’ Then my sister started withdrawing from the family. The day I stumbled in on her attempting suicide will forever be etched in my memory.  She was depressed, lonely, filled with hate and trying to fill the void with drugs and boys. My oldest brother was next; he was loved by my dad. My heart was crushed the day he abandoned me to live with the man who destroyed our family. I knew it would be years before I would see or speak to him again.  Finally, when we found out mom had gotten remarried, my other brother, the only one I had left, started downhill.

I found myself more alone than ever, not just emotionally, but literally. Sure my mom and new ‘dad’ lived with me, but they were never home. I would begin and end my day with an empty house.  It may not be a normal life for a 10-year-old, but it was my normal.  School became the best part of my day, it was a place where I could put on a show. But the most important person in my audience was me; I wanted to make myself believe that everything was okay.  I made people think they knew me so well when they didn’t know half of it.  In the sixth grade, I got sick of fending for myself, so I left too. I was constantly out of the house finding somewhere to stay because I didn’t feel welcome at home anymore. My stepdad didn’t like any of us kids. If things were his way, we would have been permanently out of the house a long time ago. I started staying with different friends until I found a family who really accepted me. I subconsciously began to see them as my second family, so when they started asking questions about my family, I told them the truth.  I spent more time at their house than anywhere else. Holidays were tough, though. I didn’t feel right at their house. You’re supposed to spend Christmas with your family; but, what family? There was no one left in mine. I usually spent those days aimlessly walking around town or at the library. When I did decide to stay the night with my mom, it never ended well. My stepdad was an alcoholic; we would get in fights, verbal and physical.

In seventh grade, my mom and stepdad moved thirty minutes away and she paid rent for a separate apartment for us kids to live in. We were left with no furniture and some food stamps. My second family bought me some furniture and a bed. I had to walk thirty minutes to and from school every day.  I didn’t pass any of my classes; that was the last thing I was worried about. I just enjoyed going to school and coming home to an empty house.  I never stopped going to school, even when it was incredibly difficult to get there. The teachers expected me to drop out, just like my siblings (which is probably why I didn’t). I never wanted to be like them.

When I began spending time with my second family again, my mom started calling the cops and reporting me as a runaway.  Infuriated with her, I would go back to the apartment to speak with the cops and leave immediately after.  We couldn’t afford living in separate apartments for long, so I moved in with my mom and stepdad. She expected me home more often, but it was hard. I hated living there; I would cry myself to sleep because I was consumed with so much anger and there was nothing I could do about it. I was mad at all my siblings for leaving me to survive in this house alone. Every time I saw my stepdad, I felt like screaming at him, telling him to bring my siblings back and get out of our house. In my mind, he was an intruder and he didn’t belong, he was just running off everyone who did. I was mad at my real dad more than anyone, though. I had convinced myself that if he hadn’t cheated, I would still have a family.

I felt like my stepdad had turned everyone against me, even my grandparents. Everyone saw me and my siblings as screw-ups. One day, my grandpa came to the house and asked to speak to me. The day before, he had demanded an apology from me because I ‘messed up the family’ by calling the cops on my stepdad after he had attacked me. I was furious with my grandpa, so I refused to speak. Eventually, he asked me, “If you could go anywhere, where would you want to go?” This opened my ears immediately. I said what popped into my head first– my friend’s house.   Of course, my mom said no. So, just to irritate her,  my second choice was my dad. We all knew he wouldn’t take me, but they said I could try. The next day, I called my dad on the only number I knew. He answered and just like always, put on a show. He said he’d love to have me live with him and couldn’t wait!  But as the day went on, he told me I was no longer welcome, he didn’t have time for me.

Later that week, my mom told me we were going to Oklahoma to take a tour of Cookson Hills. I was not excited at all. When we arrived, I argued with my mom the entire time. I felt bad for our tour guide, Mr. Stewart, (who’s now my social worker.) He saw us at our worst. At the end of our tour, he shook my hand and said, “I know I will see you again,” but I was silently disagreeing. We drove back to Wisconsin and I went to my friend’s house while my mom went home. I didn’t hear anything for almost three months, but I kept thinking about what Mr. Stewart said.  Early in July, my mom told me to pack my things because I would be moving to Cookson Hills in a week.  I wasn’t upset, but I wasn’t happy. The week went by fast and before I knew it, it was time to leave.

Since I’ve been at Cookson Hills, my perspective has changed. I came in with an ‘I don’t care’ attitude, thinking I would barely last a month. I didn’t want to talk to anyone, make friends, or ‘get comfortable.’ However, I joined the volleyball team the fifth day I was here. I had never played before, but, surprisingly, I was immediately in love. This, along with the coaches, my houseparents, and teachers, kept me motivated to get good grades. I no longer had to worry about where I would stay at night, what I would eat for dinner or what lie I would tell to keep us out of trouble with social services. Here, I have a home, I have structure. Some kids say, “Cookson Hills isn’t changing me.”  The thing is, Cookson Hills isn’t here to change you; it’s here so you have an environment where you can change yourself. I chose to change.

My mom lives far away, so I don’t get visits, but I have phone calls with her almost every week. Our relationship is not perfect, but it is better than ever. My sister and I write letters to each other. I apologized to my dad about what I said and forgave him for everything, including cheating on my mom. I’m not sure if he forgave me, but he knows I love him.

Being here has made me realize that I need to stop blaming everyone else for the bad things in life. I love my family and because of experiences here at Cookson Hills, I am able to process things and build relationships instead of building anger. I am beyond thankful for the people here who don’t compare me to my siblings, or just see me as another messed up, hopeless kid. They never tell me I am screwing everything up. They have given me a fresh start, a new hope. All around me, there are people who care and who love me. Cookson Hills is a blessing. Here, God’s love for me shows through the amazing people and the work they are doing.

ABOUT THE AUTHOR — Emmeline, class of 2019, is from Wisconsin and loves playing volleyball, riding roller coasters, and being outdoors.