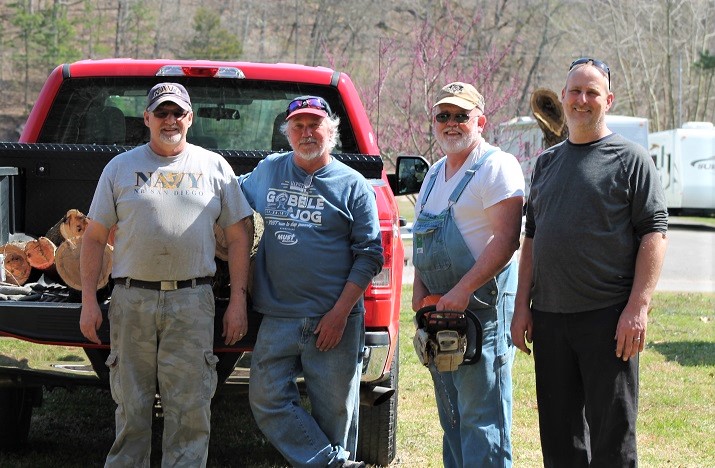 Some three odd years ago I stared at my computer screen knowing that Villa Rica Christian Church needed to expand our missions program. I knew God was leading us out of West Georgia but really did not know where. As I began the daunting task of searching the internet, I found Cookson Hills. Their website immediately caught my eye as our Church has always had a heart for young people. So I made that first blind call, and the more I learned, the better it sounded. I asked for some financial information and they were more than forthcoming. I really began to pray about a partnership between a small church in West Georgia with a passion for the hearts of young people and Cookson Hills in little Kansas, Oklahoma.

Six months later we made our first visit to Cookson Hills. Myself and three other members of our congregation came to get our feet on the ground to learn and explore all that is on campus. We were all blown away by what we saw and heard. The folks were honest about what they did well and where they needed help. It seemed like such a natural fit. Upon our return to Villa Rica Christian, it was the team’s unanimous recommendation to support Cookson Hills on a regular monthly basis. The Church accepted that recommendation and a partnership was born.

About a year later, we were back at Cookson Hills building a deck, feeding families, and trying to serve anywhere we could. What a great trip! We had truly been blessed to be at Cookson Hills. We saw most of the seasons of weather Oklahoma has to offer in that week span of time.  The relationship just continued to grow. One of the families that first visited from Villa Rica Christian has now moved to Cookson Hills and serves there full-time. As a minister, there is nothing greater than sending out church members who are willing to serve in the mission field.

The beat goes on and we just completed another trip to Cookson Hills this spring. We look forward to these trips every time they come around! In Acts 1:8b the Bible says “you will be my witnesses in Jerusalem, and in all Judea and Samaria, and to the ends of the earth.” What makes this partnership so great is a small church in West Georgia has a voice in Oklahoma and a children’s facility from Oklahoma has a voice in West Georgia. I will always be thankful for the day Cookson Hills came across my screen.

ABOUT THE AUTHOR — Billy E. Kaylor is the Minister at Villa Rica Christian Church in West Georgia. He enjoys gardening, hunting, and fishing in his free time.