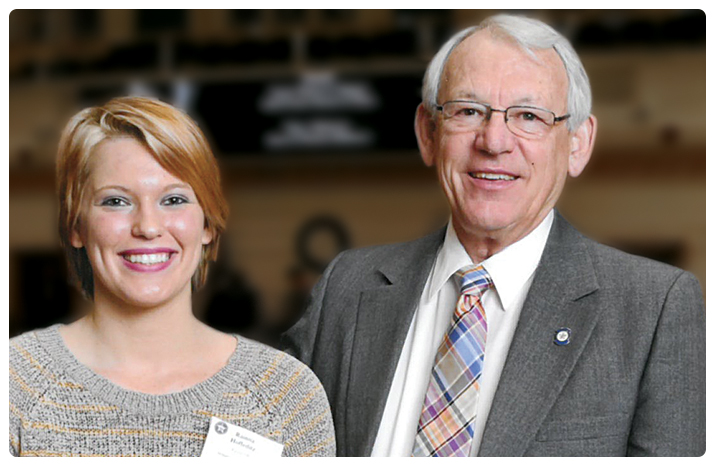 Government – Up Close and Personal

Government is one of those topics that many students write off as boring or unimportant because they aren’t old enough to vote. But when they see it up close and personal,  their view of democracy and politics can change, empowering them with the belief that someday they might be able to change the future. Rainna, a senior at Cookson Hills, was recently given the opportunity to serve as a page for Senator Wayne Shaw during the legislative session.

This year I did something that was never on my radar. I paged for a senator! I was one of 13 pages who took turns running errands and seeing the senate sessions up close.

It was really interesting to watch the sessions. I was expecting a whole bunch of arguing and debating for a long time. Yes they do argue, but it’s not long, drawn-out screaming sessions. Instead, people talk about their view and then ask why they should or shouldn’t proceed. They discuss back and forth and then proceed with the vote.

I now want to be an executive assistant for a senator. It sounds like something I would enjoy immensely. I like organizing things and serving behind the scenes. This would be a role where I could still influence government without being on the center stage. I’m very grateful that I had this opportunity.

Senator Shaw shared his perspective on having a Cookson Hills student serve at the Capitol:

Each morning before I went off to the floor or a committee meeting, Rainna and two other students would show up in my office and we would discuss bills or their impressions of the previous day. During the evenings, the students toured State Capitol, saw the history museum, and participated Pageville (a mock session where they sit in Senate chamber, debate, and vote on a few of the bills we will be voting on). We enjoyed having Rainna at the Capitol. She is energetic, enthusiastic, positive, and fun to be around.

Senator Shaw loves to talk to young people and hopefully spark their interest in government. Recently, he took the time to visit Cookson Hills and speak in a few classrooms. Cameron, a 7th grade student, shared his experience:

This past Friday, Senator Wayne Shaw came to our classroom. I think what’s neat about the senator’s job is that he can change a lot, at least in our district.  He says his job is a ministry; I would have to agree. Personally, I would enjoy getting to meet different people and see all the different ideas and laws people want to pass in the district. Also, I would enjoy getting all the bad laws out so no one gets mad. Although Senator Shaw said himself that “If you ever work for the government, there will always be complaints.”

Finally, here’s a real-life take-away from Senator Shaw’s visit in the 1st-6th grade classrooms. Kaleb, a 3rd grader at Cookson Hills, accompanied his mom to the store. While there, his little sister kept asking for a set of pens. Kaleb finally looked at his sister and said, “Paizlee, if you keep asking for it, Mom’s probably not going to get it for you. And that’s the way it works in the Senate, too! The more they talk about the bill, the less likely it is to get passed.“