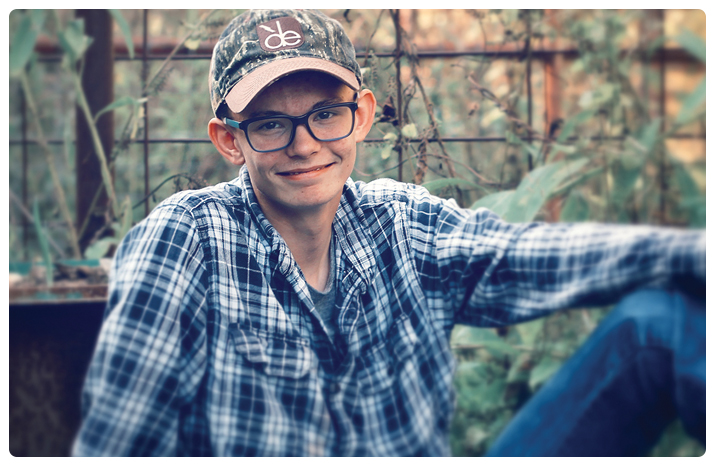 I was adopted at 15 months by my aunt and uncle, whom I call Mom and Dad. Their names will never change for me, I love them. It wasn’t until I was 11 that I shared with a few friends that I had been adopted. But, I was betrayed by those friends and I started getting bullied for it. I told my teachers and principal of my school what was going on, but nothing ever seemed to change.  Eventually, I took measures into my own hands by getting physical.

Every time someone opened their mouth to make fun of me for being adopted or how tall and skinny I am, I would fight. My anger rose more often and I found myself in detention, a lot. At 12, I began taking out my anger on my mom by having screaming matches. My dad was always gone because he is a police officer. When some “police involved shootings” began around the nation, my classmates began bullying me even more, all because my dad was an officer. That’s what really stirred me up. Things took a turn for the worse the day I felt like my teacher was joining in on the bullying…I was full of rage and verbally lashed out. Soon after, I came here, to Cookson Hills.

When I first arrived at Cookson Hills, I was a defiant, awkward, entitled teenager who fought and didn’t care about school. I was definitely not interested in working the gears in my head. During my arrival, I learned I couldn’t talk to my parents for the first 30 days and I panicked. I didn’t know what I was going to do, I had to talk to them! Things got busy though when I started school.  However, I began school at a weird time; the rest of the students were taking their standardized tests, so I spent my time sleeping. The teachers were there and I made a few friends, but I didn’t really want to be here.

A month passed by and I FINALLY got to talk to my mom and dad. I was surprised by my own emotions as I sat on the phone with them and cried. I wasn’t crying because I was angry, I was crying because I missed them so much. Shortly after, I was assigned to work with a counselor!  I was really excited to talk about deep things, then bam… she leaves four sessions later, right when I was getting settled in.

I felt so alone and my anger rose back to the surface.

One day, someone mentioned that I should try working with the horses. Reluctantly, I tried.  Turns out, I love horses and love working with them! The horses are very therapeutic. They’ve taught me patience, love, and kindness. They have helped me understand how to be my own person and trust others more. I know horses are just animals, but God put them on this earth for a reason. When I leave Cookson Hills this winter, I plan on getting a horse of my own!

I ended up getting another counselor who is really awesome! He has inspired me to try new things and make my life better. He tests me to my limit, but I think it’s the beginning of something great. Cookson Hills has helped change me. I am no longer the defiant, ready-to-fight kid full of rage. I am living life to the fullest. When I leave this place, I really hope that the things I’ve learned here actually make a difference; that they can stick with me. I don’t want to lose who I have become.

ABOUT THE AUTHOR — Ethan, Class of 2020, is from Catoosa, Oklahoma and enjoys horses, football, and cars.