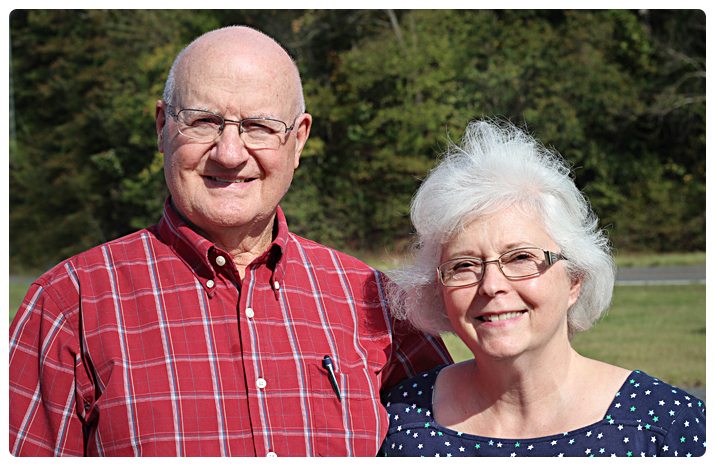 Our Story of 40 Years at Cookson Hills

There came a moment in our lives where we knew we needed a change. I had spent 22 years working at a savings and loan association. I had worked my way up to vice president and was very successful, but Bobbie and I both knew we needed something different. The company was going in a new direction – always pursuing more money rather than valuing our customers. So I thought maybe I should start looking for a smaller town to work in. I began searching for savings and loans positions in rural areas. At that same time, we were starting a faith promise at church. We were praying for two couples to send into the mission field. That seems like a simple thing to pray for – for someone else to do. Little did we know that WE would be one of the couples!

In September of that year, there was a day where both Bobbie and I were struck with the same idea, “We should write to Cookson Hills.” So I wrote asking about any positions that might be available. Within a week, I got a letter back from the director, Ralph Gorman. He said that just before receiving my letter, he had put on his board meeting agenda that they needed to find someone to handle all of the business affairs at Cookson Hills, and he wanted us to come down for an interview.

In December of 1977, we moved to Cookson Hills. I served as the Business Manager and Bobbie served in various office and secretarial roles. Over the years, we watched as God continued to provide for all of the ministry’s needs.

There was a time when Cookson realized that we needed to build a high school. At the time, we were sending all of our kids up to the local public high school and it just wasn’t working out very well. We approached the board asking about building a high school. They said, “As soon as you have the funds, you can move forward with the project.” That very month, we received word that we had inherited $1.25 million in stocks from a businessman in Colorado. He had heard Lawrence Hallum speak years ago and was deeply impressed with Cookson Hills. He never had a chance to visit, but he decided to put Cookson Hills as a co-owner on all of his stocks. When he passed, the earnings went directly to us. With those funds we were able to remodel the old gym into a high school and build a new gym.

Another large financial provision came when we needed to build a new office. We were so packed in the old office that we had to take off the closet doors to fit in another desk. We approached the board again, and once again they said that we could build once we had the funds. And just as before, we received a large gift from a man’s estate in Muskogee. It provided all the money needed for the construction of the new office plus new apartments for staff and retiree living. It seemed like every time we started talking about things, the Lord would provide, and he still does that to this day.

There was also a night when I was working late in the office. A big semi truck came around the curve a little too fast. He tipped over and dumped his entire load of cattle feed right on our front yard. The very next day, we had 50 college students who had arrived to help on campus. They worked tirelessly to shovel and wheelbarrow the food over to our hogs. We didn’t have to worry about food for them for a long time!

We initially thought that we could help Cookson Hills by coming to serve here. In reality, we have been so blessed ourselves! We have watched as God not only provides for Cookson Hills, but also for our own family. All three of our daughters have worked for Cookson Hills at one time or another and they are all still serving the Lord to this day. When we host our family gatherings now, there are 31 of us in all! We thank the Lord for all of his provisions.

ABOUT THE AUTHOR — Lloyd and Bobbie Woollen are currently retired at Cookson Hills. They are still actively involved helping at the Food Store each week, making town runs to pick up various items, delivering all of our paper goods, and all sorts of other tasks. Fun fact: Each year, they cut, sort, and mail over $5,000 in Box Tops to provide funding for our school!