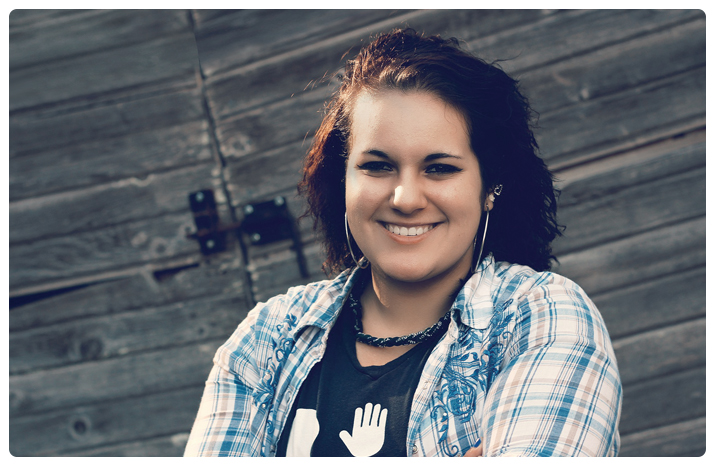 It started when I was four years old and my mom died from a heroin overdose. I haven’t seen my dad since that day. My brother and I moved in with our grandparents. At age seven, I was sexually abused but told nobody. I endured bullying and emotional abuse throughout grade school and middle school. By 7th grade, I had become very depressed, lonely, and even suicidal.  But, instead of saying anything, I hid everything. I pretended like nothing was wrong and made sure NO ONE knew what had happened to me.

At age fifteen, my grandma suggested the idea of maybe having “real parents.”  I had no clue what she was talking about, but she went on to tell me all about this family who wanted guardianship over my little brother and me. The dad was the pastor of a church and the mom home-schooled their four sons. I decided to give it a try. But, they didn’t know I had been abused; I hadn’t told a soul. After living with them a while, I started making some bad decisions. I thought no one would find out; boy was I wrong! A family member found out what was going on and confronted me. I tried lying but eventually told the truth. More importantly, I revealed why I had been acting out. After holding in my past for eight years, it was finally out. I had a panic attack and had to go to the hospital. Within that month my abuser was arrested, questioned and I had to undergo intense interviewing.

How does Cookson Hills fit into all this? You see, I had lived in Marcola, Oregon all my life; everyone knew me and my whole family. One day my (guardian) dad suggested getting a new start. He showed me videos of this place that gave help, hope, and healing. It provided a great education that would help provide for the future; plus they had sports and horses. The only thing was… it was in Oklahoma. I had never even been to the state. He said it was my choice; I didn’t have to go if I didn’t want to. However, the fresh start was very appealing to me, so I decided to go.

On July 1st, 2014, I got on a plane with my guardians and flew to Oklahoma. When I first arrived at Cookson Hills, I felt alone. However, the people here welcomed me; I felt like I could belong and become a part of the big family. I have had to work through some really hard stuff; but I’ve had some really positive, memorable times as well, including last summer’s trip to CIY Move (Christ in Youth event).  I am now a VERY changed person. I’ve gained self-confidence, learned to trust, kept healthy relationships, and prepared for my future. The school may be hard, the counseling sessions difficult, but I’ve learned that if I work through the hard stuff now; it will set me up for a better future.

I plan to graduate in 2017 and go to college. I want to get a degree in marriage and family counseling. From a young age, I was told to live my life for Christ, but it wasn’t until last summer that it became real. I want to live my life as Christ would have me live it. If it weren’t for Him, quite honestly I would be dead right now.  I hold Philippians 4:6-7 very dear to my heart. It says,

“Do not worry about anything, but in everything, with prayer and petition, with thanksgiving present your requests to God. And the peace that transcends all understanding will guard your hearts and minds in Christ Jesus.”

I tend to worry a lot, but this verse brings me comfort. It also reminds me to praise God, not just in the good times, but in the bad as well. For a long time, I questioned what God’s will was for my life; I now know it is simply reaching out in my actions to show His love to others.

ABOUT THE AUTHOR — Vanessa, Class of 2017, is from Marcola, Oregon and enjoys riding horses, playing all kinds of sports, and listening to music.